September 2022: USA - Deeply divided country with a trend towards escalation

The midterm elections to the US Congress on November 8 are an obvious outlet for the growing dissatisfaction and anger of many US citizens. This is expected to result in the loss of US President Joe Biden's previous government majority.

The outcome of the midterms will further aggravate the already fragile domestic political situation in the USA and noticeably change the political agenda of the USA - both internally and externally, according to the result of an analysis by the FERI Cognitive Finance Institute entitled "America on the way to autocracy”. The storming of the Capitol on January 6, 2021 made it abundantly clear what considerable militant potential can be mobilized and misused for political goals in the USA. But the right to vote and the independence of the judiciary are now also clearly under attack – with dangerous consequences for US democracy. 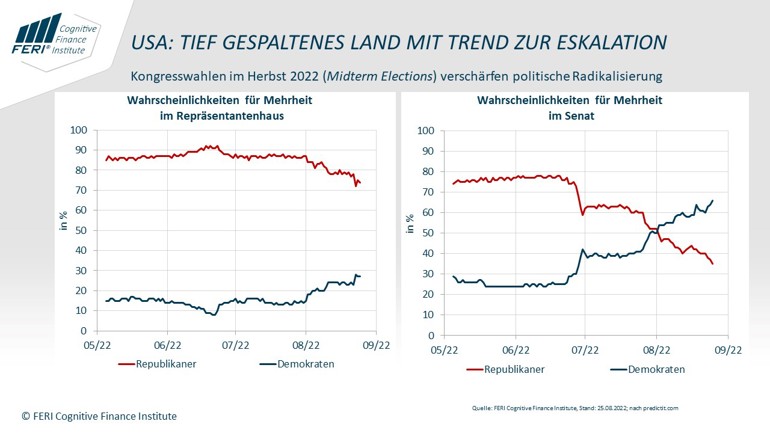