On 8 November, a new House of Representatives and a new Senate will be elected in the USA. The storming of the Capitol on 6 January 2021 has already made it abundantly clear how hard the fight for power is in the USA. In the meantime, however, the electoral law is also clearly under attack: In many US states, electoral districts are currently being arbitrarily redrawn and divided.

This so-called "gerrymandering" is deliberately used to redirect constituencies in a (party) political direction. In this way, an "optimal" result from the party's point of view can be achieved in elections. Consequently, election results are openly or covertly manipulated - according to the warning of the FERI Cognitive Finance Institute. The current analysis "Amerika auf dem Weg zur Autokratie" (available in German) illustrates how corrosive and anti-democratic these and other patterns of action are. 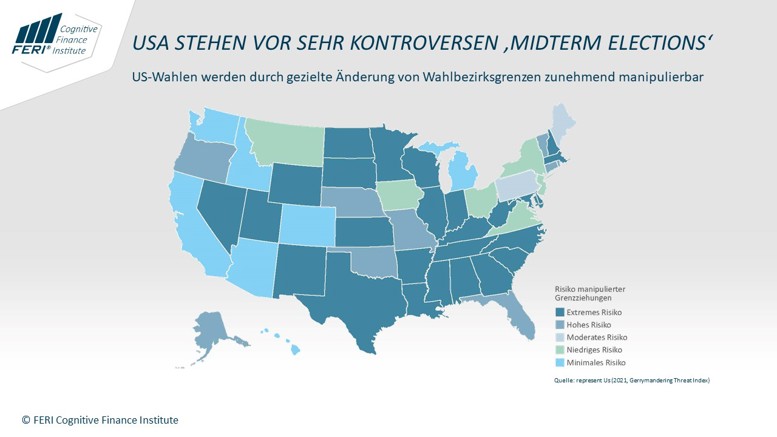