The 20th Party Congress of the Chinese Communist Party lays important groundwork for the future – for China and the world. As a powerful autocrat, China's President Xi Jinping is changing the country's strategic direction in key points.

The pro-business reform and opening-up policies of his predecessors are being scaled back, instead Xi is prioritizing issues such as security, struggle and ideology. What this means for China and the world is analyzed by the FERI Cognitive Finance Institute in a study that will be published shortly. 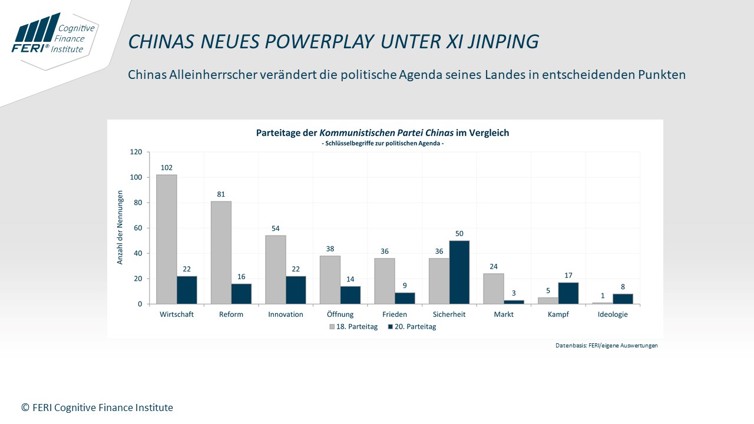