China, the world's second largest economy, is caught in a "corona trap" of its own making. The country is once again going through a major wave of infection, with serious repercussions for the Chinese population and the entire global economy.

Since China has so far failed to implement an effective vaccination policy, the government relies on rigorous containment measures whenever an outbreak occurs. This misguided policy is not only affecting global production and supply chains, but is already leading to massive protests in some Chinese provinces. If the Chinese government does not find a way out of the Corona Trap, major social unrest could loom. 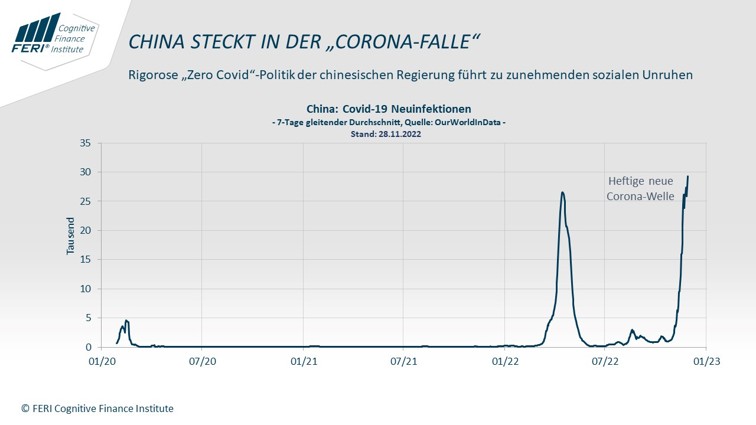